Are Ghosts a Primary Source?

Robert Devereux Earl of Essex, not alas one of my painting clients:

One of the dangers of sharing ones progress is that it can be seen by the wrong people. In this case I refer to those long suffering and patient gentlemen who wait for me to paint up a few castings for them. My recent pictures of Khasi peasants provoked a flurry of emails along the lines;

"If you have time to waste painting that rubbish then you can get on with my Spencer Smith Prussians/ French Voltiguers/ Naval Brigade, you idle waste of space." I spare my readers the attendant physical threats. Most upsetting.

So apart from cutting up a few plywood bases I have done nothing for myself this week. Even I am not so egocentric that I believe I can make cutting plywood into small squares interesting.

Biggs Cottage Newbury.
However I did come across a snippet while reading this week which interested me...

In his book 'Battles & Generals of the English Civil War' 1968 Colonel H C B Rogers tells of visiting the battlefield of Newbury with his wife. He spent some time in Bigg's cottage the building that The Earl of Essex used as a headquarters. Two old sisters, the Misses Hesketh lived there and his wife asked them jokingly if they ever saw ghosts. The elder sister replied seriously, that in fact she had. Some years ago she had lain in bed when suddenly a short stocky man appeared at the end of the room wearing a maroon coloured coat.

Essex in his mid fifties and looking a bit worse for wear, so unlike ourselves.

Rogers showed them a picture of Essex (and who can honestly say that they travel very far without having one about their person?) and they became quite animated.

'yes, that's him, that is the man. But he was wearing a peaked cap.'

Rogers was puzzled by this and decided that the old girls were getting confused by the classic peaked helmet so commonly associated with the Roundheads.

Of course nowadays thanks to the research of the Partizan Press and others we no longer have to stumble around in the ignorance that was the lot of poor old duffers like Rogers, Young and Haythornthwaite. In the forty years since Rogers wrote his book we have learned that a peaked cap was a perfectly normal thing for a Gentleman to be wearing in the 1640's.

Make of that what you will.

(Thanks to Mike Siggins for the post title. The illustration of the cap is taken from Ospreys ECW Cavalry and is included here to draw attention to the excellence of that work.)
Posted by johnpreece at 11:23 2 comments:

Warning: this post consists of a large block of turgid prose concerning the philosophy and design of imagi-nations.

I was playing, and playing is the right word, around with ideas for the background for my eastern frontier. I had my WRG book on the dark ages and looked up the Khazars, this seemed just the ticket, a nomadic tribe with a Jewish faith. Lots of opportunity to put in some Rider Haggard details on the lost tribes etc. Googling around suddenly brought me back to a very unpleasant reality. Virulent anti semeticism, hard core Zionism, threats, violence, rabid nonsense. It occurred to me that if I write up my own ramblings then search engines will draw these unpleasant nutters to my site like flies to shit.

I have already alluded to a certain unease caused by having a 'civilised' germanic nation waging war on its slavic neighbours. Like it or not we live in world where an historic 1941 exists no matter how many alternative 1941's we invent. I guess that is why I am not really a Society of Daisy fan, I don't want my wargames to exist in an alternative universe because I am defeated my the moral complexities of this one.

" Give us a break", I hear you cry, " Its only a game of bleeding toy soldiers."

I am therefore making an addition to the list of cultural icons that influence my imagi- world. Welcome the late Talbot Rothwell, policeman, RAF pilot, POW and most importantly writer of many of the Carry On scripts. Who can forget Sir Roger de Lodger in Carry on Henry.

So away with Khaziristan and all the baggage it carries, welcome instead the Khaganate of Khasistan. The vast area of forest and lakes to the east of Moravia, is collectively known as the Khasi and yes, its capital city is Borat.

(At the risk of stating the obvious, US readers may not know that Khasi was 60's slang for toilet or lavatory.)
Posted by johnpreece at 14:27 13 comments: 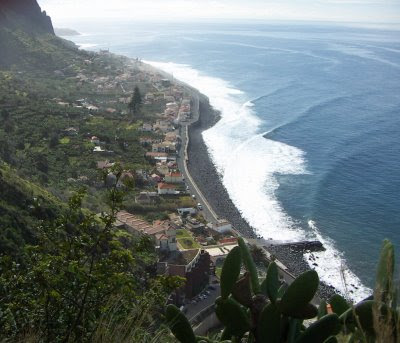 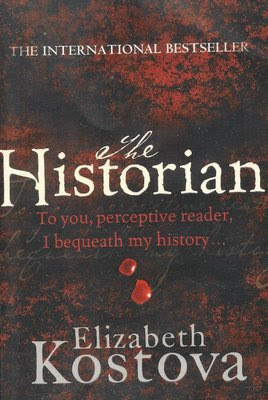 I would have got more detail on this but I kept dozing off in the afternoons.
Posted by johnpreece at 14:42 9 comments:

I notice that the excellent Naval and Military Press have begun to republish classic works of Victorian travellers. I have been prompted to revisit one of my favourite travellers tales 'Through Carpathia with a Carpet Bag.' This account of a journey in the 1820's was a pioneering work in the infant study of anthropology written by that formidable female novelist and pipe smoker, Blore Heath.

(please note this post contains images and references that readers may wish their wives and servants to avoid seeing.) 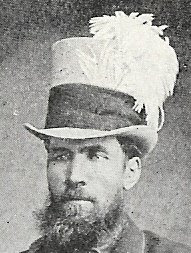 The work contained two remarkable firsts, which have become commonplace nowadays. The identification of the forest dwelling shamanists of Carpathia as a branch of the Khazar kingdom. And the brilliant idea that when lost for evidence a female academic could simply make it up and damn to hell any male colleague with the temerity to contradict her.

Not the least charming part of her book were the woodcuts illustrating the street life of old Carpathia. I am pleased to say that the Old Glory figure makers have faithfully reproduced these in their set 'Cossack Civilians.'

Street sellers and their cries: 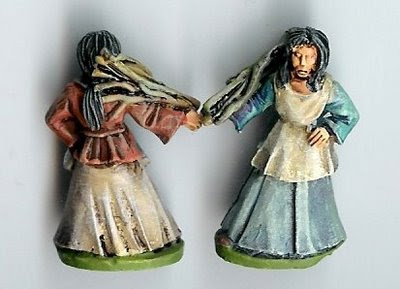 'Who will buy my lovely sticks? Freshly picked today boil them or pickle them.' 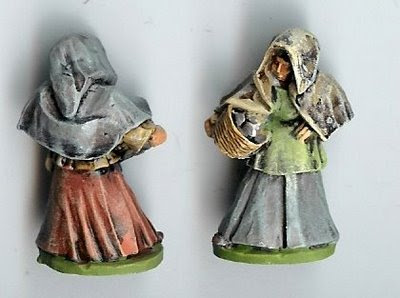 'Stones, Stones-oh, get them while they're hot.' 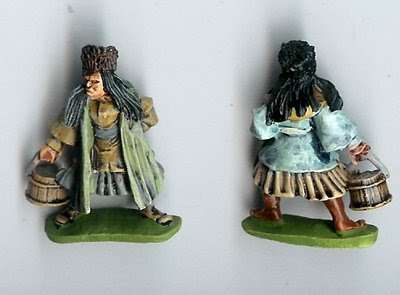 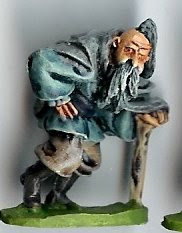 and life was hard, as this 25 year old shows. 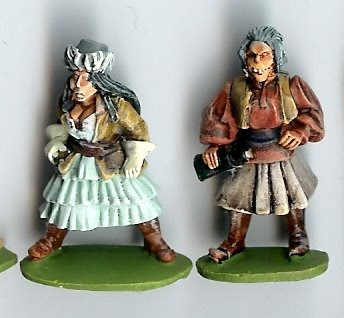 Ladies of the night: Young aristocrats doing the grand tour would consider a night spent with one of these beauties a highlight of their education.

The nightmarish aspects of Khazarian life did not end with the courtesans. The young urchin on the left appears to have put his head on back to front. Fear not gentle reader, it is only Old Glory's faithful rendering of the period hairstyles. 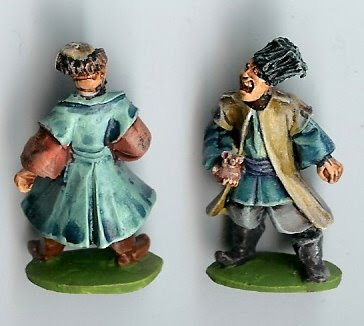 These merchants show how easily the Victorian image of a Semite could link the legends of the 12th tribe of Israel and Khazaristan. 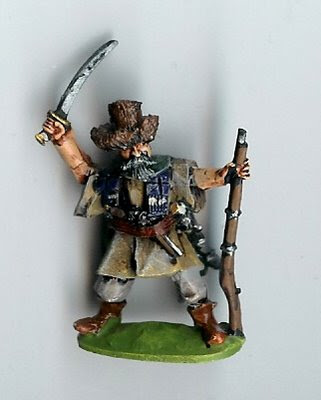 The sword as held by this village chieftain, had an almost mythical importance. It was handed down within families and the ivory handle was made from the thigh bone of a conquered adversary. In fact modern research has shown them to be mainly cheap Venetian imports with sheep bone handles. 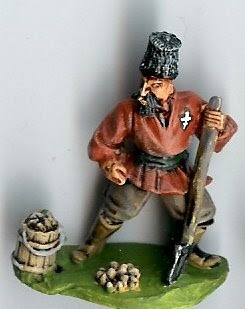 Finally, one of the most intriguing images of the book. Of all the Guilds the 'Allotment Holders' was the most prestigious being open only to the eldest sons of the most noble families. This print traditionally labelled, 'putting in a few early potatoes, Good Friday morning.' is now believed to represent the religious ceremonies connected with blessing the Garlic crop. An important but obscure part of Khazarian life.
Posted by johnpreece at 09:06 10 comments:

Offline for a fortnight.

Well thats it really. I shall be unable to add anything to the bog for another two weeks or so. Please fell free to browse our extensive range of back posts.
Posted by johnpreece at 09:59 5 comments: