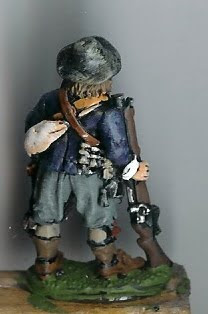 In the best tradition I now bring you a soothing interlude while the votes are counted and our team of pundits synthesise your comments. 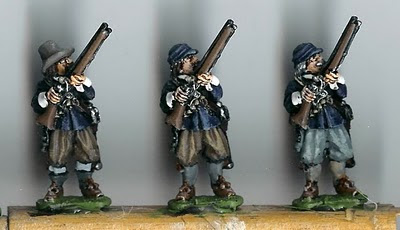 This week I have been painting Renegade ECW. After the avaunt gard heresies that we have been wrestling with it was rather calming to go back to a nice bit of highlighting and washing. In truth I was mainly motivated by the price when I bought these figures. However like many modern figures they paint up very easily and come to life in a most pleasing manner. They are destined for Charles Gerrard's regiment of foot in my slowly forming English Civil War armies. I had originally intended to finish these in time for the 350th anniversaries
But who wants to let artificial deadlines spoil their hobby? 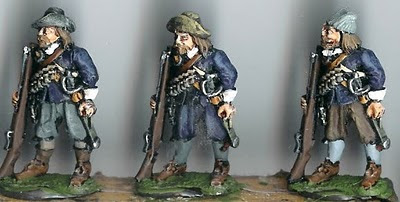 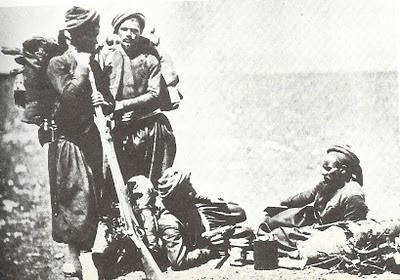 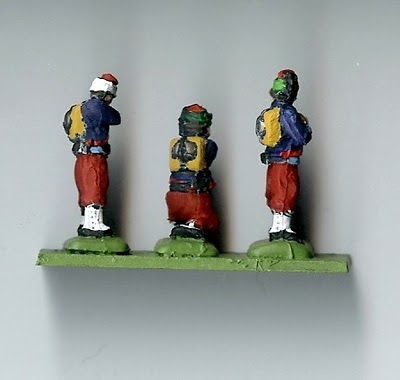 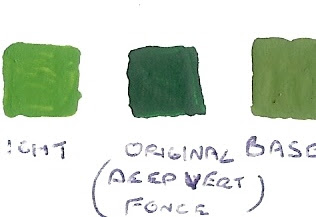 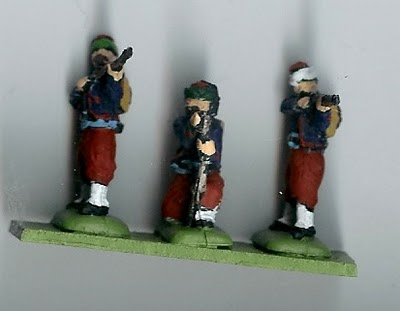 I shall say no more until the poll closes, but I do want to thank everyone in the UK who has overcome a certain weariness with polls and raised the energy to vote hre.
Posted by johnpreece at 13:19 3 comments:

What would you do?

I have been researching the French army a little more and discover that the Zouave regiment I had painted actually had a green turban at this time , not white as I had painted them. No problem, a stroke of paint and they were altered. But then an amazing thing happened. When viewed from four or five feet away the turban which had been clearly visible simply disappeared. Not only that but the fez and face also blurred together into an indistinguishable blob.

It is quite amazing the way that effectively it creates a kind of camouflage effect. But worse than that figures which were obviously zouaves are now pretty indistinct. 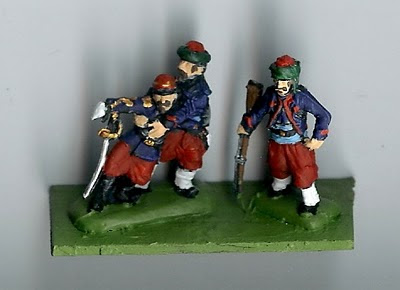 Here then, is vital question. Is historical accuracy the overriding factor? The turbans were definitely green. But they look better in white. Not just more attractive but they convey the style of the figure much better.

I know most of you being civilised and worldly wise will say, "My dear chap,they are your figures do them as you wish." Quite so, but what would you do if they were yours. I am genuinely interested in what is a fairly fundamental question but one which is taken for granted and seldom discussed. I have placed a poll on the left column where I should be obliged if you voted, but please feel free to add additional detail in the comments.