In praise of Nicholas Colasanto 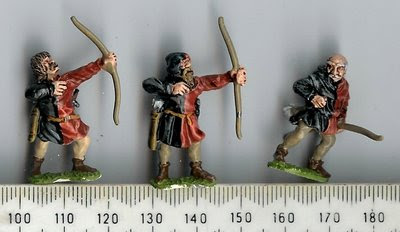 I felt a little like coach last week. I was completely certain the the one period I could be sure I would never paint again would be Medievals. After all I had fielded a peasant army for Barons Wars and re fought most of the Wars of the Roses battles and now I am securely based in the 18C. NO! one enjoyable game and I have a big box of old lead from the eighties out and am painting away. 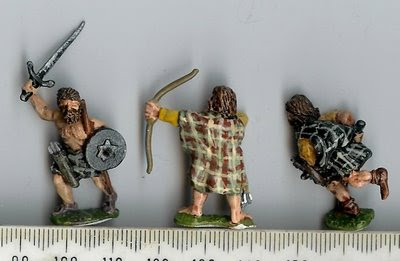 Fair enough, but what made me think that a good place to begin to fit in with an 14C German campaign would be to put together a unit of Irish? You know how it is, they just came out of the box and before I knew where I was I had some paint on them. They are useful figures anyway and can be used right through to the English Civil War. 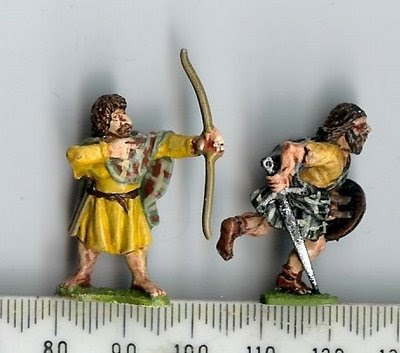 So just to put things right I painted up a group of city militia archers. Just 10 fairly elderly and ill equipped archers who probably are only in the militia for the drinking and weekends away from their families. 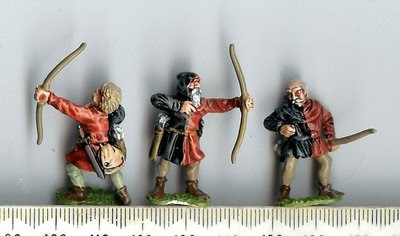 Not especially well painted, but then not every figure has to be a masterpiece, they will look good enough from six feet away. Hopefully that has scratched that particular itch and I can now get on with the other six or so major projects that I have on the go.
Posted by johnpreece at 12:00 13 comments: