Whatever happened ...to that Flanderkin bloke?

Big John Wayne, The Duke himself, was given to saying " Never apologise its a form of weakness" .
Nevertheless, and with due respect, I feel a word of apology is due to the many who have clicked on this site in the vain hope of an update. Lack of Inspiration? Laziness? Aching shoulder? A bit of all those but it suddenly occurred to me that Christmas is almost upon us and I will wish to take another seasonal look at 'Wargaming Before Featherstone'. I had better blow the dust off the keyboard and get in a little practice first. 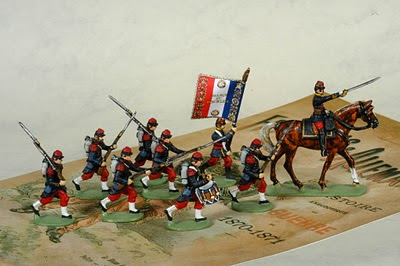 So let us take a quick canter through the events of the last six months. I have been mainly painting the new 30mm Franco Prussian range from Peter Johnstone at Spencer Smith Miniatures. These are a new 'Classic' range of genuine 30mm figures. The best news is that they match perfectly with the old but incomplete Willie range. 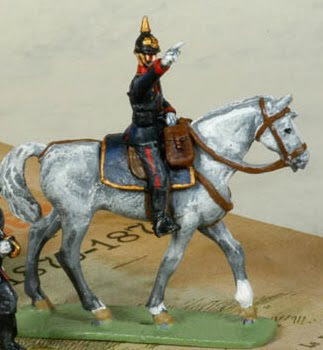 Most of the painting has been done for display models for SSM, though I have managed to put in a few for myself. So I can hardly claim to be a disinterested party, nevertheless I think these are a great range and it is 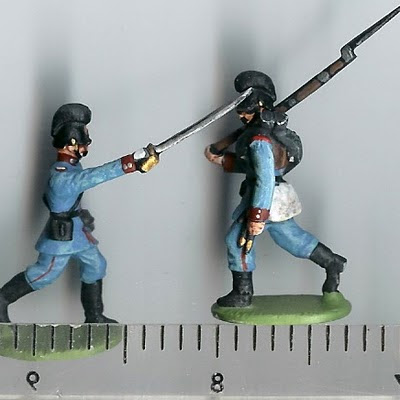 wonderful to actually be able to buy new 30mm castings. On which point I would also praise the Jacdaw 30mm figures from Old Glory UK, but more on those at a later date.
div> 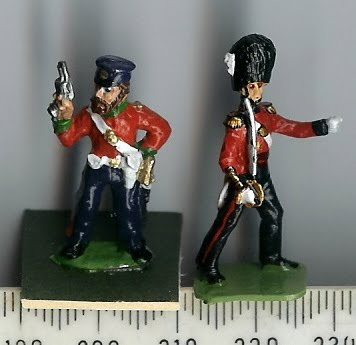 I have also enjoyed painting the 25mm Stadden range of Crimean figures. When you think that these were designed over 50 years ago they are amazing. Above a Guards officer stands next to a Foundry figure. 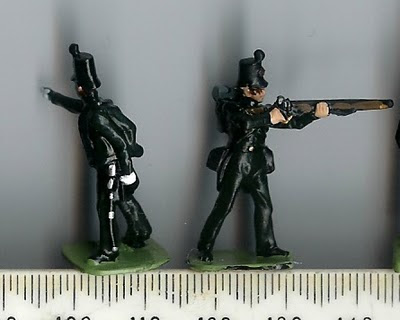 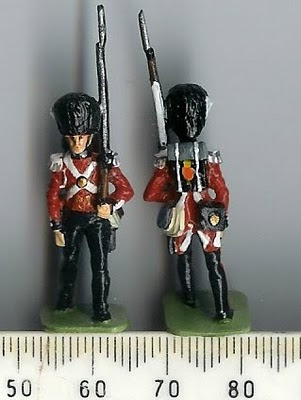 These figures are great fun to paint in a straightforward toy soldier style and really look the business in a nice coat of gloss varnish. 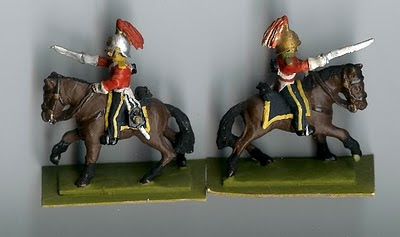 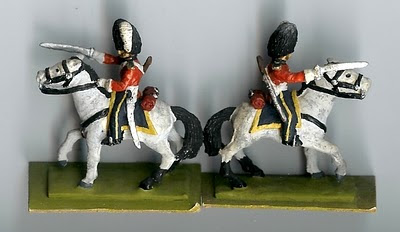 I also took a giant step forward with a chance buy on ebay which got me all my mini fig S range Heavy Brigade with one click of the button. This is how they arrived and apart from a re varnish I don't think I can improve on the original painting. 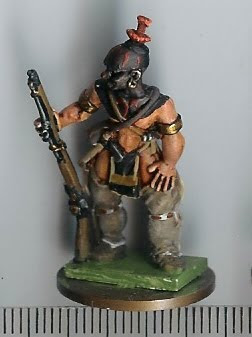 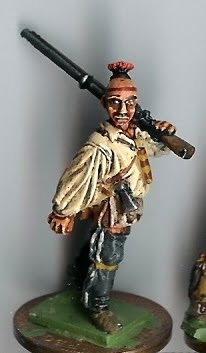 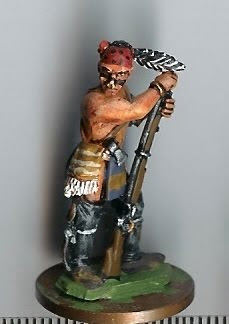 Finally just so that not everything is Old School and pre 1970, I have been painting up some of the excellent redoubt French Indian Wars figures. I bought these when they were first released 10? years ago and finally have been painting them this summer. A very welcome contrast to the other figures.
So nothing of any literary merit, just a shopping list really. Still it has actually broken the barrier of the first post again. Who knows perhaps in my next post I may manage something a little more interesting.
Posted by johnpreece at 13:22 7 comments: