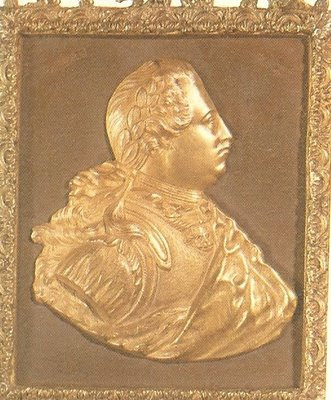 The court of Bohemia was shocked to hear of the death of General Steiner, in the service of the Vereinigte Freie Stadte. The General was a much regarded visitor at court and held considerable estates and vineyards in the southern mountains of Bohemia.

Rumours persist that before his death, words were uttered by Count von Swartz which should never occur between one gentleman and another. General Steiner felt that the only way he could redeem his honour was to place himself at the head of his regiment and to seek an hero's demise. Sad to say a beneficent fate granted his wish all to easily.

General Swarz is rightly renowned for his martial accomplishments, however many officers are daily leaving the employ of the VFS to seek more relaxed and congenial conditions with the Prussian service.

For a full account of these matters and much else on the late campaigns in Germany our gentle readers are commended peruse the Lorraine Journal; obtainable bound within the 'Raid on St Michel' from the Partizan Press at Baker Road.

What are the force requirements for this mini-campaign?

Thanks, John. Hmmmm, it looks like I'll need to paint more infantry in order to field both sides.