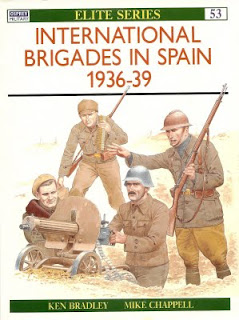 Occasionally wargamers will debate the truth of historical events on TMP or similar. I always am reminded of Jack Nicolson, overacting wildly as he declaims, 'The Truth you can't handle The Truth!" You have to hand it to old Jack he does have a point. Not as to the the veracity of Humbrol Authentic Paints but certainly in the wider issues.

I am guilty, I protested as loudly as anyone when Slingshot introduced us to 'Cultural Wargaming' in the 90's. I did not attend the AGM and shout 'get back to Moscow' as many did but I certainly sent in my resignation.

Yet more and more I find myself disliking blatant untruths passing simply because its only entertainment. Mel Gibson vilifies the Brits and it is accepted by millions but hey, its only a film, its only a game,its only a uniform book.


Anthony Bevor pointed out that the Spanish Civil War is unique in that its history has been written by the losers. The trouble is that it is much easier to write a memoir pointing out the brilliant reasons why you won than it is to explain losing. Nevertheless reasons have to be found and since right is on your side and the soldiers were heroic and the leaders talented, it is a tale of betrayal and tragedy. Hardly new, Napoleon whiled away his declining years singing the same song. 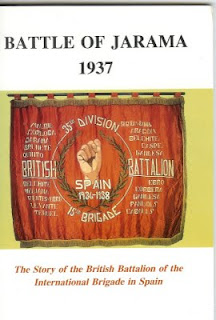 But how acceptable is nowadays to spout the same old Communist party myths and simply block out unpleasant truths. Ken Bradley thought it was fine in his Osprey elite on the International Brigades. Now it is a very useful and accurate book for uniforms or organisations and has a lot of good photographs so it will do all that a wargamer needs to organise and paint his figures. Apart from that pretty well everything could be taken from contemporary propaganda such as the booklet on the right reproduces.

Does it matter that political commissars are described as having a role in inspiring loyalty and discipline as well as an educational function but not a word about their part in selecting those who would end up the wrong side of a sham political trial with only one result? Similarly we learn that Andre Marty favoured a black beret and white moustache but not that he admitted to authorising the execution of at least 500 of his own men and was widely considered insane.


Of course you pays your eleven quid or so and makes your own mind up.

Maybe after three terms of this government I have just got sick of being lied to by anyone. 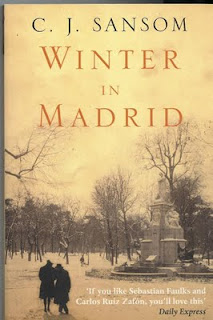 Finally, no wargaming detail whatsoever but I really enjoyed this novel recently. Set in Madrid in 1940 I found it gave a real flavour of Spain in the aftermath of the war and was a good thriller to boot.
My next post will be back to toy soldiers with a look at some cavalry figures available in the UK.
Posted by johnpreece at 12:47

I quite agree John. That's why any research into any new project for me, requires several reference books with different view points - even if I don't like what they have to say.
Watch "Pans Labyrinth" for an insight into the effect of the war on the populace.

a late comment but i really appreciate your review on the International Brigades SCW Osprey...really appreciate your courage of saying the truth..even f not politically correct...Wargame web comunity , made in my opinion out of 80% of nerds, is veeering toward a disgusting ineducated leftist coward thinking....