Here we are again, summer break over. In fact I have hurt a nerve in my shoulder which meant I could either paint or type, so I selfishly took the painting option. I have been painting some of the brand new 30mm figures from Spencer Smith more about them shortly. And more about painting and thoughts on the results of our poll.


But first let us start off by returning to the roots of this blog, Flanders and Corporal John. From time to time I have put up notes on various books to do with the War of the Spanish Succession. Last week I was lucky enough to track down two fairly rare memoirs by unabashed rogues. The first one by Peter Drake, I found a relatively cheap copy in California (£12, even after adding postage a once in a lifetime bargain) Inspired by this I started looking for a book often referred to but rarely seen. 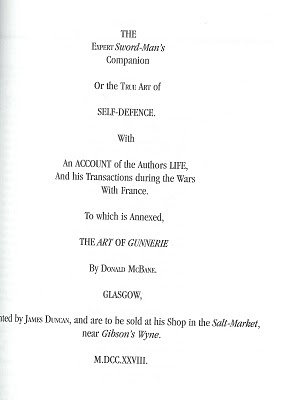 The Expert Swordsman's Companion" or "The True Art of Self Defence" by Donald McBane. Glasgow 1728.
This book is that rarest of memoirs, the writings of a genuinely bad man. Those of us who love the writings from the ranks are painfully familiar with soldiers who have got religion and intersperse Methodist tracts with selective memories. Or the illiterate but honest soldier whose book is "as told to the Rev. Blogs." Here across three hundred years a man speaks directly to us who admits to being a brothel keeper, a pimp and a professional duellist.
He sees service at Killicrankie and most of the battles and sieges of the Nine years War and the Wars of the Spanish Succession. His book provides excellent and direct accounts of his experiences in these actions. But although the various Highlanders, French and Bavarians do him great harm it is as nothing compared with the beatings, stabbings and shootings he sustains in fierce turf wars for the control of the army's travelling brothels.

The memoir has escaped uncensored because it is contained bound within the authors guide to sword fighting. Even this is no academic treatise but gives a measure of the man.. It contains advice never to turn your back once a challenge has been given and hints such as butting and carrying a pocket full of sand to hurl in your opponents face.
After a few hours on the Internet I found the whole text was contained within a book on highland swordsmanship. The excellent Caliver books had a copy and what an enthralling read it is, though it sometimes seems more like the script for Deadwood than a military memoir. 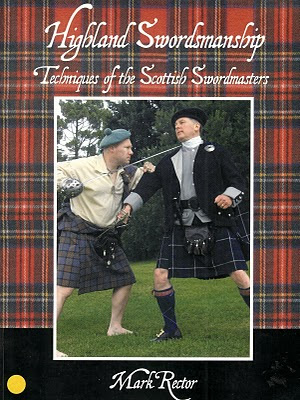 At times Mcbane is extremely funny in a black sort of way but just a couple of extracts to convince you that this is not your average lovable rogue we are dealing with here.
After an absence McBane returns to the camp to find that one of his whores has married a soldier. Fair enough, he responds generously, but I expect the usual rate from you every week without fail make it how you will. Unable to protect his wife the soldier has no choice but to desert and they flee together (one hopes they escaped the provosts noose and McBanes murderous henchmen.)
Later in life after leaving the army McBane makes his living by provoking less able swordsmen and then backing himself to win the fight.
One might say this book has the virtue of honesty, but one wonders what he has chosen not to tell us about himself. A fascinating aside from this book is the insight it gives us into the way the British Army controlled the brothel trade through its muscle. Something not prominent in most regimental histories.
Those who want to read more about McBane can buy the book for the complete text.or try this excellent website for a flavour..

Now he sounds an interesting character!

Allow me to echo Steve's remarks. A good find, sir.

Sounds like there's a film in there somewhere. Or at least a series of books by a competent storyteller.

A bad man indeed but there's a real character there as well - how else could he have survived so long? Very few in his profession would have seen over 60. I agree with the previous comment - there is a real story or film waiting to be written that would be something like Cornwell's Sharpe - but even better because it'd be based on a real person. Hey, you're not a bad writer yourself judging on your postings - ever thought of giving it a go?

Bad, but good with it. He seems to have been able to survive in a curly business where his contemporaries didn't fair so well. I agree with GM get a competent script writer and this would make a much better costume drama than some of the pap my wife is insisting on inflicting on me, omg Little Dorrit aaarrgh!

Sounds like the sort of thing that might make for a more interesting film than the drivel-with-a-car-chase that Hollywood prefers.

I recall reading about this guy many years ago. If its the same guy you will find Hollywood or Thackeray have already pinched some of his adventures and accredited them to Barry Lyndon. Additionally, am I right in thinking he's the same character featured in the Royal Scots museum in Edinburgh Castle (mannequin with the baby in his knapsack)?

Cart before horse. Didn't spot the link the first time around. Now see he is indeed the same guy featured in the Royal Scots museum and if not directly reflected in Barry Lyndon, his adventures must surely have influenced that story. Who needs fiction when you've got stories like that?